Though sometimes unacknowledged or unrecognized as a part of the community, LGBT+ figures have made incredible and noteworthy contributions to the architectural and interior design industry throughout history.

Though sometimes unacknowledged or unrecognized as a part of the community, LGBT+ figures have made incredible and noteworthy contributions to the architectural and interior design industry throughout history. This year, to honor Pride Month we want to remember and celebrate these amazing architectural innovators.

Louis Sullivan is remembered as the “Father of Skyscrapers” or the “Father of Modernism”. Sullivan was a trailblazer in modern skyscraper architecture, often writing about his vision for the future of high-rise buildings. He coined the saying “form follows function”, a statement that lays out the premise for the modern skyscraper. He exclaimed that the sky high buildings’ exterior should follow the form and function of the interior and that it should be seen as “proud and soaring”.

Sullivan’s legacy began early on. At the surprisingly young age of 16, he began studying at the Massachusetts Institute of Technology focusing on architecture. After just a year of study, he moved to Philadelphia to work under Frank Furness. 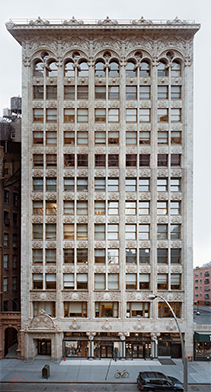 From then on he went to work with architectural pioneers like William Lebaron Jenney, credited with erecting the first steel frame building, Joseph S. Johnston & John Edelman’s architecture firm, and Dankmar Adler’s firm, where he would spend his most prolific years. Sullivan’s most noted architectural design is the Bayard Condict building, the only building of his design in New York.

Sadly, it seems Sullivan wasn’t able to live in his truth while he was alive. In his biography, author Robert C. Twombly states that “there is a good deal of evidence - some personal, some architectural - to suggest Louis Sullivan may have been homosexual.” Sullivan greatly admired poet Walt Whitman, who, like him, was speculated to be homosexual. In a letter to Whitman, Sullivan wrote “Be assured that there is at least one (and I hope there are many others) who understands you as you wish to be understood; one, moreover, who has weighed you in the balance of his intuition and finds you the greatest of poets.” 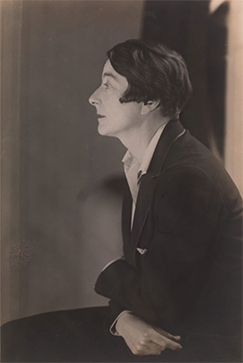 Eileen Gray was an Irish interior designer, furniture maker, and architect. In 1907, she was invited to redesign the Rue de Lota, home to Madame Mathieu Levy. Her redesign made its way to Harper's Bazaar who praised Gray’s work. Soon after, she opened her own store selling furniture of her making. Her most notable piece is the Bibendum chair.

Gray was a bisexual woman who had a notable relationship with the famous cabaret singer Damia. She also had an on and off relationship with architect and author Jean Badovici. He encouraged Gray to pursue her interest in architecture. She went on to teach herself architecture and shadowed many of the greats of her time. With the help of Badovici, Gray bought and began construction on her home, the E-1027. Its name paid homage to Gray and Badovici’s relationship - the E standing for Eileen, 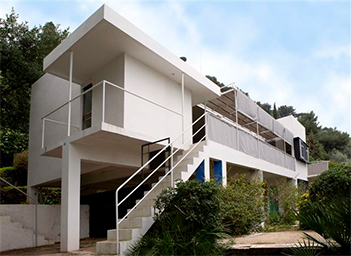 the 10 for the 10th letter of the alphabet, J, the 2 for B, and the 7 for G. E-1027 became a monument for the modernist movement. Unfortunately, after Gray and Badavici moved on from the house, it became notorious. Le Corbusier, an architect who envied Gray’s E-1027, defiled her intent to keep the house as it was, and vandalized it with paintings of naked women, before dying of a heart attack shortly after swimming in the beach below E-1027. In 1996, Heinz Peter Kagi, the previous owner’s physician, was stabbed to death after refusing to pay two laborers working on his garden. 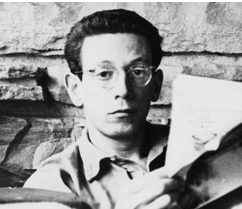 Edgar Kaufmann Jr. was an architect, educator and author in the 1930s. He began studying painting and typography at the School for Art and Crafts at the Austrian Museum of Applied Art in Vienna. After reading Frank Lloyd Wright’s autobiography, Kaufmann decided to pursue a career in architecture. He went on to become a resident apprentice at Wright’s Taliesin East School and Studio. After this, he briefly worked at his father’s business, Kaufmann Department store, before leaving to join the Air Force during World War II. When he returned, he started working for the Museum of Modern Art as the director of Industrial Design. While there, he created the Good Design Program that promoted good design in household objects and furnishings. After this, he taught architecture and art history at Columbia University. 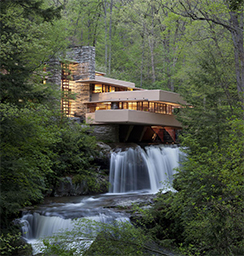 Fallingwater became the most notable architectural piece under Kaufmann’s possession - it was a home he inherited from his father, commissioned for Frank Lloyd Wright. Kaufmann cherished this home and took great care of it with the help of his partner, Paul Mayén, who was another notable figure in the architectural industry. Fallingwater later became an architectural museum in memory of his parents. From 1971 to 1981, Mayén oversaw the Fallingwater pavilion. After his death, Mayén scattered Kaufmann’s ashes around the property. Mayén’s ashes would later be spread at the pavilion. 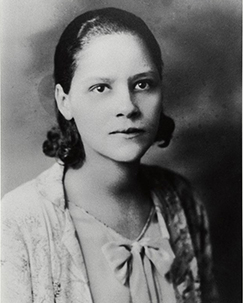 Amaza Lee Meredith was a biracial woman born in 1895 Lynchburg, Virginia. Being a biracial woman during a time when discrimination was rampant and explicit, Amaza broke her way into the architectural industry and became one of the nation’s first black female architects. She was not only an architect, but also an educator and designer. She got her teaching credentials at Virginia Normal and Industrial Institute (now Virginia State University) and taught elementary and high school students in Virginia. She was valedictorian when she earned her teaching degree and later went on to finish her bachelor's degree in fine arts at Columbia University. 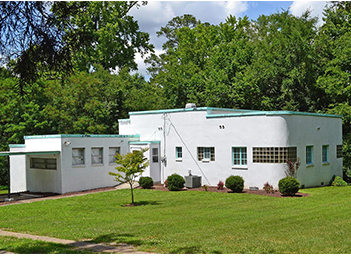 Amaza made her most notable career moves after being invited to teach art at Virginia State University. She was later appointed chair of the art department and is credited with establishing Virginia State’s fine art department. Her most notable architectural endeavors are the home she made for herself and her partner, Dr. Edna Meade Colson, as well as Azurest Syndicate, a black leisure community. Amaza’s and Edna’s home was known as Azurest South and it showcased Amaza’s interest in avant-garde design. It still stands on VSU campus grounds as an admin building.

Charles Moore was an openly gay architect, educator, and writer. He studied first at the University of Michigan and later at Princeton. Moore studied with Jean Labatut at Princeton, was a teaching assistant to Louis Khan, and worked for Wallace Holm. Eventually Moore would go on to start his own architectural firm, MLTW, with longtime friends Donlynn Lyndon, William Turnball Jr. and Richard Whittaker. Moore’s academic endeavors included teaching at UCLA and being named the dean of the Yale School of Architecture in 1965. 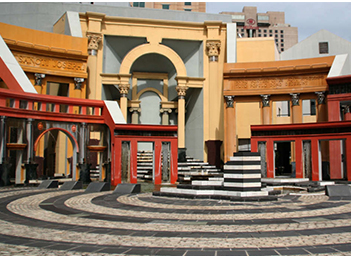 Moore was an influential contemporary architect and was named the “Father of Postmodernism”. He went on to win prestigious architectural awards like the American Institute of Architect’s gold medal and became a fellow of the American Institute of Architects. In 1997, the Charles W. Moore Foundation was established to safeguard Moore’s last home and studio.