Team Mockett comes from behind to win Chihuahua Express! 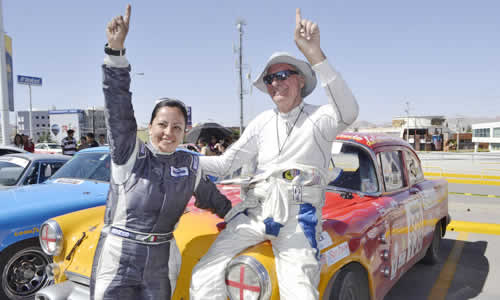 Doug Mockett & Angelica Fuentes came from behind to take the win in the 3-day rally that runs in and around the area of Chihuahua in northern Mexico.

The pair qualified first and at the end of the first 350 mile day incorporating 10 speed stages, had a 13 second lead over second place, a modern BMW driven by Mexican Eduardo Henkel, last Year's winner.

Team Mockett drove their trusty 1954 Oldsmobile. The pair is in their 7th year of competing together. Doug Mockett is a long time competitor in Mexican rallies, Fuentes is a top navigator.

The second day was quite different by the end. In the tight twisty roads going 400 miles up to the Copper Canyon the BMW proved superior and Henkel erased the Team Mockett lead and was ahead by one minute and 16 seconds. 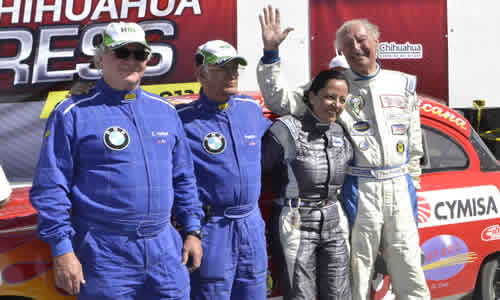 The third 300 mile day took in the scenic vistas of the desert north of Chihuahua, to the Rio Grande border town of Ojinaga.

Team Mockett took all four stages heading to Ojinaga, and almost eliminated Henkel's lead, reduced to 6 seconds with 4 stages to go returning to Chihuahua. Henkel was well aware also of the pressure and stepped up his game on the return race.

But Team Mockett was not to be denied, took 3 of the 4 stages back to town, and triumphed overall by 19 seconds!

'The pressure was on but we were up to it', said Doug Mockett, ' I knew we had a good car and the confidence to pull off the upset. We had to focus, drive hard and fast, but not put a wheel wrong, and it could come our way. And it did'. 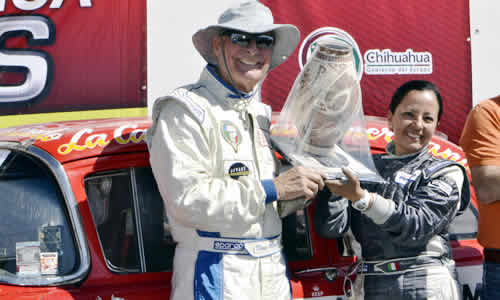