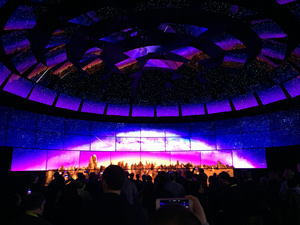 CES is nothing short of an all-encompassing sensory exploration that will leave you exhausted from tech fatigue. I've never seen so much "stuff" that I never knew I wanted. Until now. Awe-inspiring innovation from all over the world comes together on one stage to completely overwhelm your senses to the point of exhaustion. A virtual snapshot into the future. However, it's clear that much of this new tech is concept driven and has yet to prove a practical application in the average daily life. Many of these edgy tech-savvy startups seem to have invented a solution; now, they're just looking for a problem to meet that need. That said, they seemed to have thought of everything, and if we ever DO encounter the problems they are looking to solve, they're already on top of it. This is my second year attending, and much of the 2016 exhibition seemed to serve as an expansion of and a smarter version of the 2015 offerings with more sophisticated refinements on existing concepts.

So, what got smarter exactly? Just about everything. Ordinary non-tech items are now bluetooth enabled with the ability to communicate with other devices. Namely wearables - from belts to knit caps to backpacks. After a huge explosion of fitness awareness in wearables last year (mostly watches), 2016 is ushering in a whole new line of wearable tracking devices.  Watches themselves have undergone a fashionable transformation (to a less fitness-y look) to go with everyday attire or even dress wear. Stylish belts track activity and eating habits. And more sophisticated fitness gear includes compression athletic shirts with sensors that can more accurately dial in performance stats and even tell whether you're doing your exercises correctly.

Thermometers can now operate with bluetooth connectivity and a simple touch to the skin can transmit data with pinpoint accuracy. Health monitoring devices for children and the elderly are more readily available and easier to use. 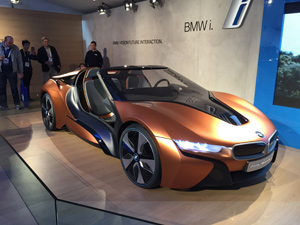 VR resolution is improving and getting closer to market. With more content available and more crossover applications like the advent of the 360 camera and pairing with other devices, VR headsets are the future of gaming and the immersive video experience. Other VR advancements include sensors that prevent you from walking into walls or tripping over couches while stuck inside your virtual world. For those that prefer to keep their head on straight without a VR headset, 4K televisions still offer up the best picture you'll find on the flat screen. Quantum dot technology has improved picture quality and color saturation. Marginally better displays might not be the jaw-dropping upgrade one might expect at a tech exhibition, but it's a positive sign that more 4K content is on the way with ultra HD blu-ray players hitting the market in the coming months.

Home automation was a big trend in 2015, but looks to be smarter in 2016. Learning your behavioral patterns is a big part of the intrigue, but now connecting more and more devices to a central hub is the focus for easier interface control.

CES has also turned into a bit of a car show. Fully automated driverless cars were all the rage in 2015 with nary a demo showing in 2016. The focus fell more on the infotainment centers. Cars are not only smarter, but offer a more personalized user experience. 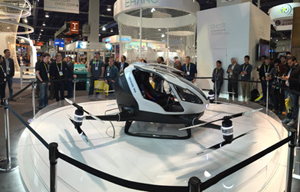 3D printing had a much bigger presence this year, as did drones. Drones were everywhere. Luckily this time caged in silos rather than just roaming about. And they now range from those that can fit in the palm of your hand to those large enough to include a cockpit and transport passengers.

And how can we forget Wireless Charging? A much bigger presence from Qi and PMA powered devices and adapters helped to reinforce the idea that 2016 is the year that Wireless Charging will make a big splash. Sales projections for qi powered devices are set to grow exponentially over the next three years. New devices are already equipped with the technology and grommets and power stations are already readily available. Expect huge growth in this field. Luckily, we're already a part of the movement and are looking to grow with the technology and expand our line as we go.

Overall, we thoroughly enjoyed our experience at the show. If you were there, we hope you did as well. Feel free to share pictures with us on facebook.com/dougmockett and tell us what you saw that you liked, disliked, or think we at Doug Mockett & Company need to incorporate into our product line. Thanks for your feedback.