Wireless technology is hardly a brand new concept. The first wireless technology was developed by Nikola Tesla in the 19th century. Unfortunately, there really was no real functional purpose for this technology at the time. Until now. With the rise of cellphones and other powered mobile devices, we as consumers are now able to embrace this incredible concept of inductive wireless charging.

What makes the idea of wireless charging so interesting is the fact that you can travel work and travel without having to tote your charging cables around with you. Or worse, forgetting them and being in a constant state of worry about low battery or having to shell out unnecessary money at a premium to buy at the airport. There are many types of wireless technologies, but the most used by smart phones brands is Qi. Having a universal qi platform allows us all to connect on the same charging grommets.

So let’s get into the basics of how it works: 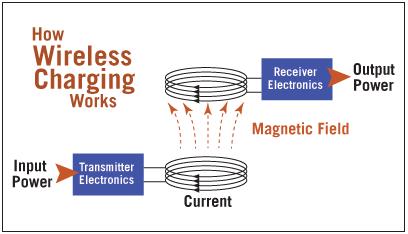 Newer smartphones like iPhone 8 and iPhone X and Samsung Galaxy and Samsung Note are already Qi compatible so you’re likely ready to charge whether you knew it or not! Here are Mockett’s best wireless chargers that can be installed in your night table, office table, coffee shop, and bar, available in grommet mount or “invisible” under-desk mount hidden applications. 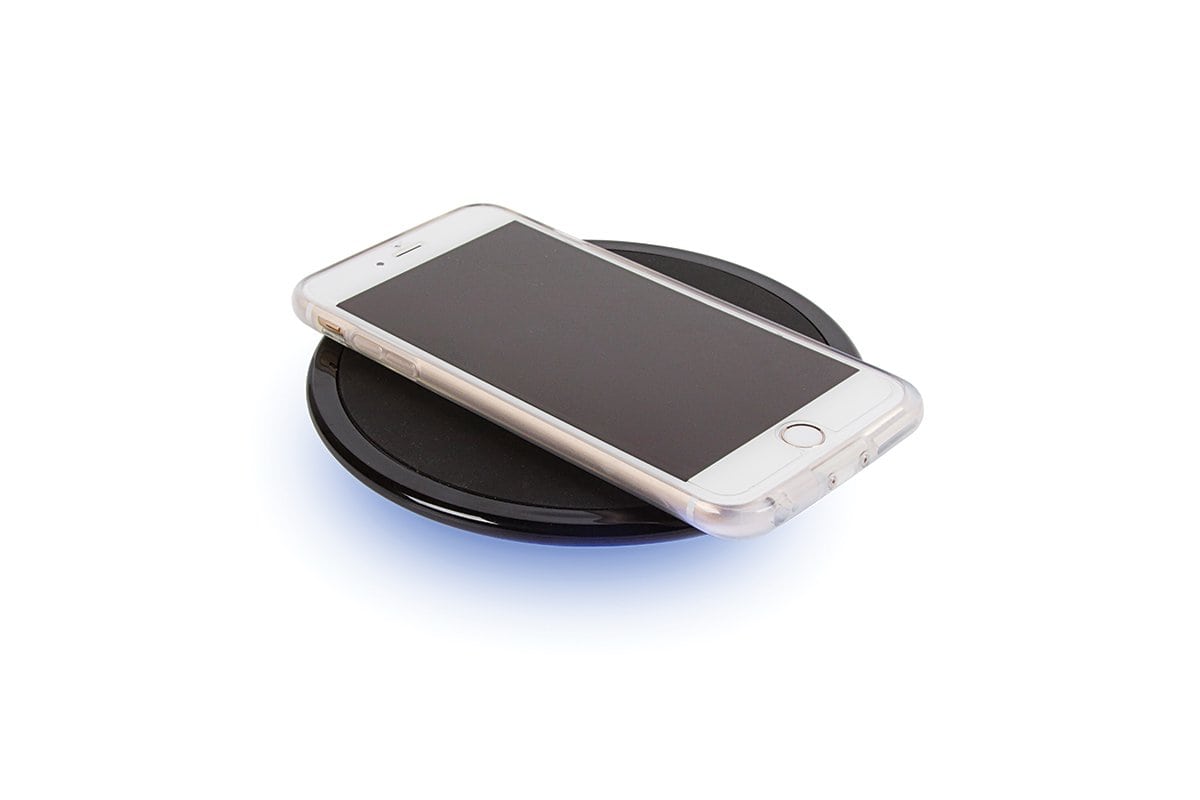 Lily Pad fits into a 2 ½” hole. The elevated top actually allows for additional cables to pass through underneath, perfect for a work desk to get added functionality out of your grommet hole. A soft blue LED light under the cap lets you know it’s charging. 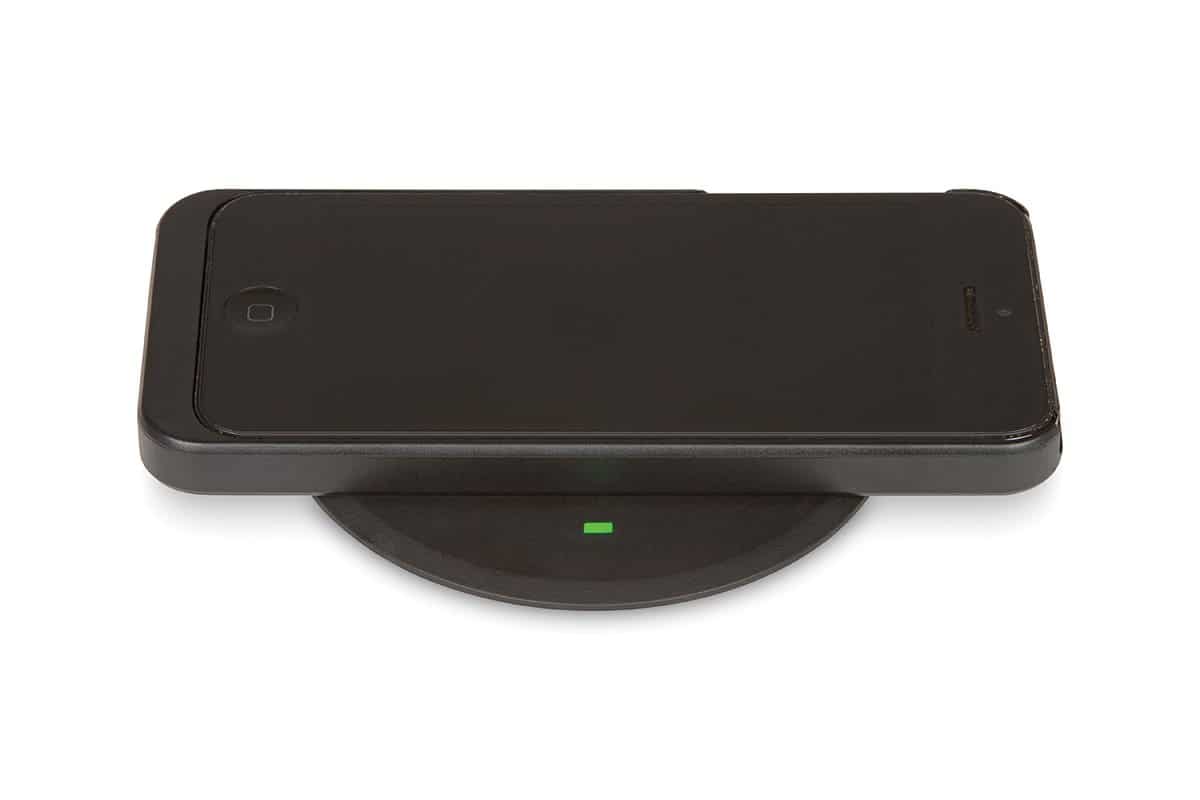 This subtle low profile charger has an indicator light that turns from red to green when charging. It’s nearly flush with the surface and looks great on any surface because of its fashionable inconspicuousness. 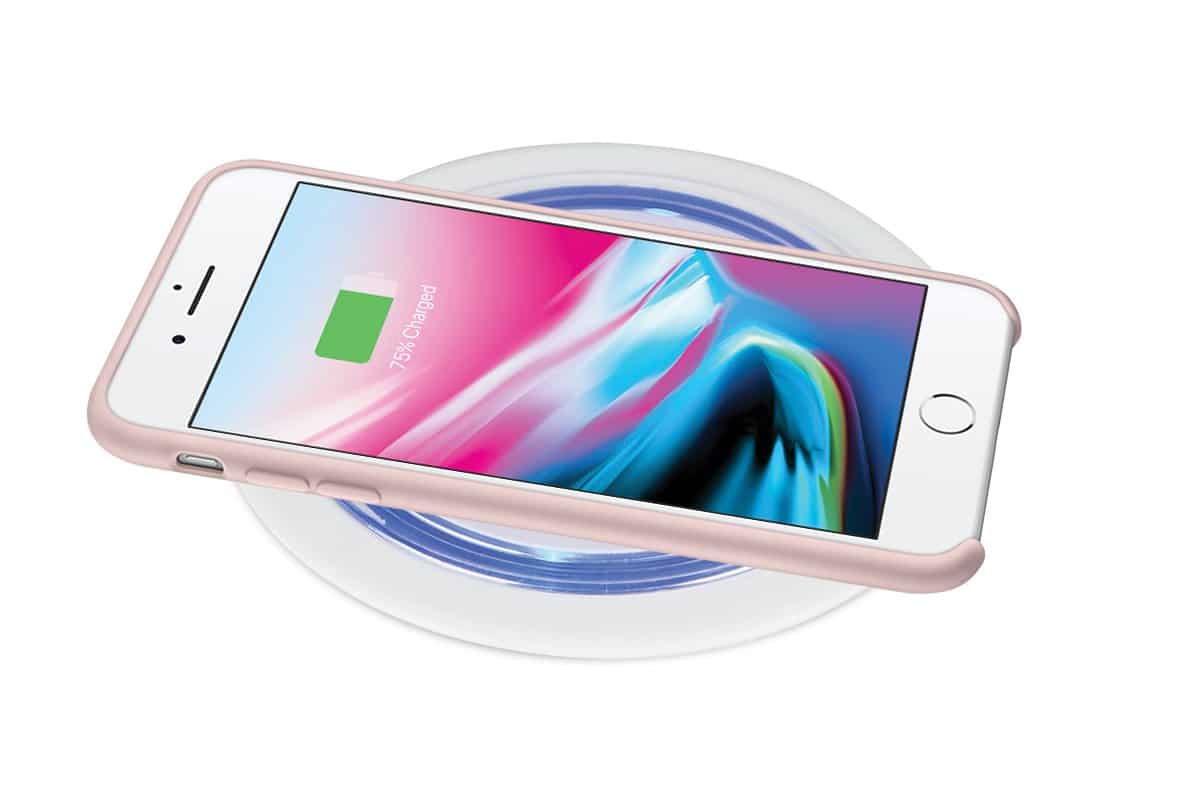 This wireless charger is super easy to install. Drill a round hole, drop in from the top, and tighten the locking ring below. A soft alluring LED ring shines with a brilliant blue indicator when the handshake is made between your phone and the transmitter. 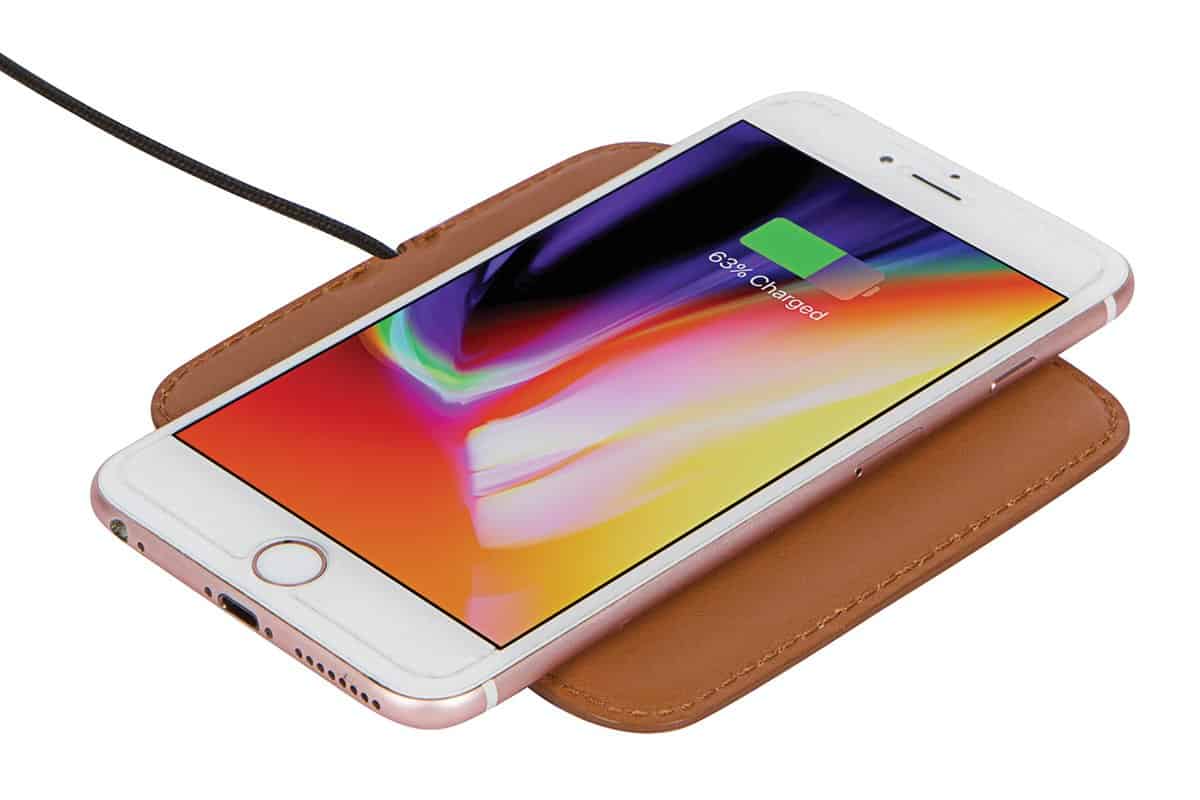 Need a nice wireless charger without having to drill into your desk? How about a classy leather pad that looks great on executive desks and work stations or night stands. Supports fast charge with up to 15W output. 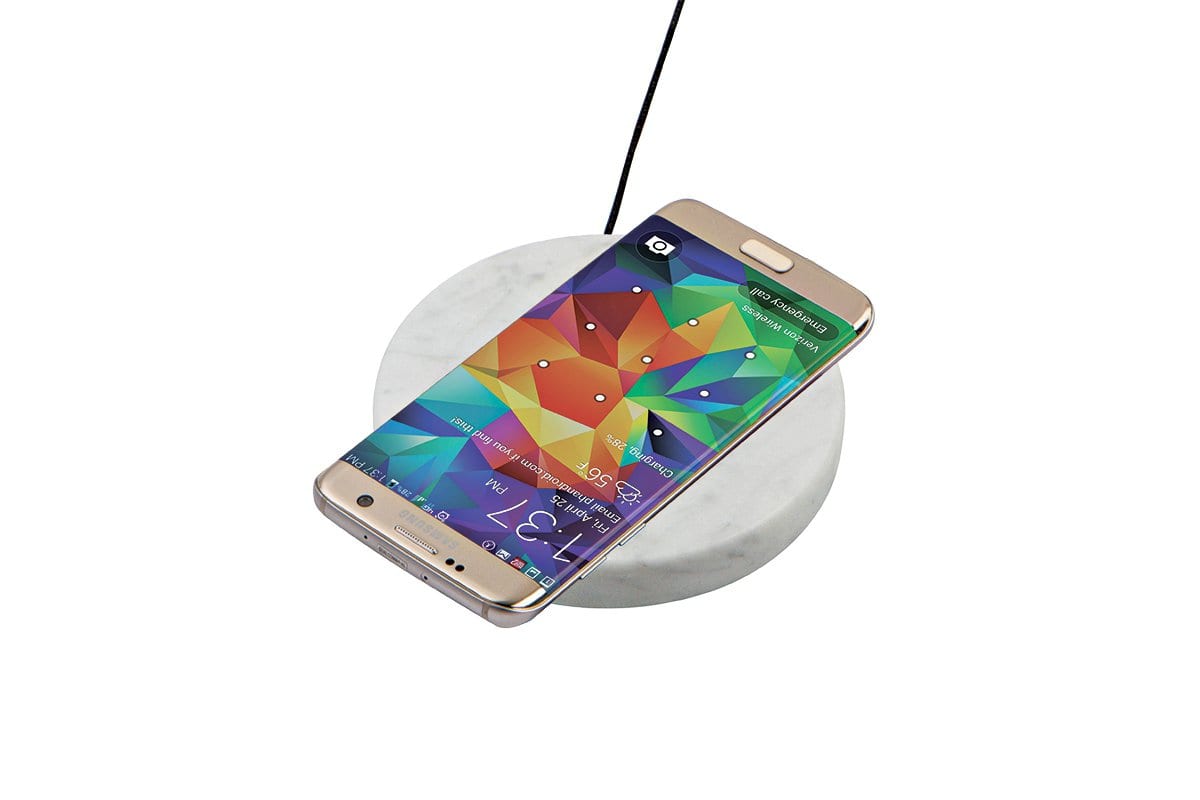 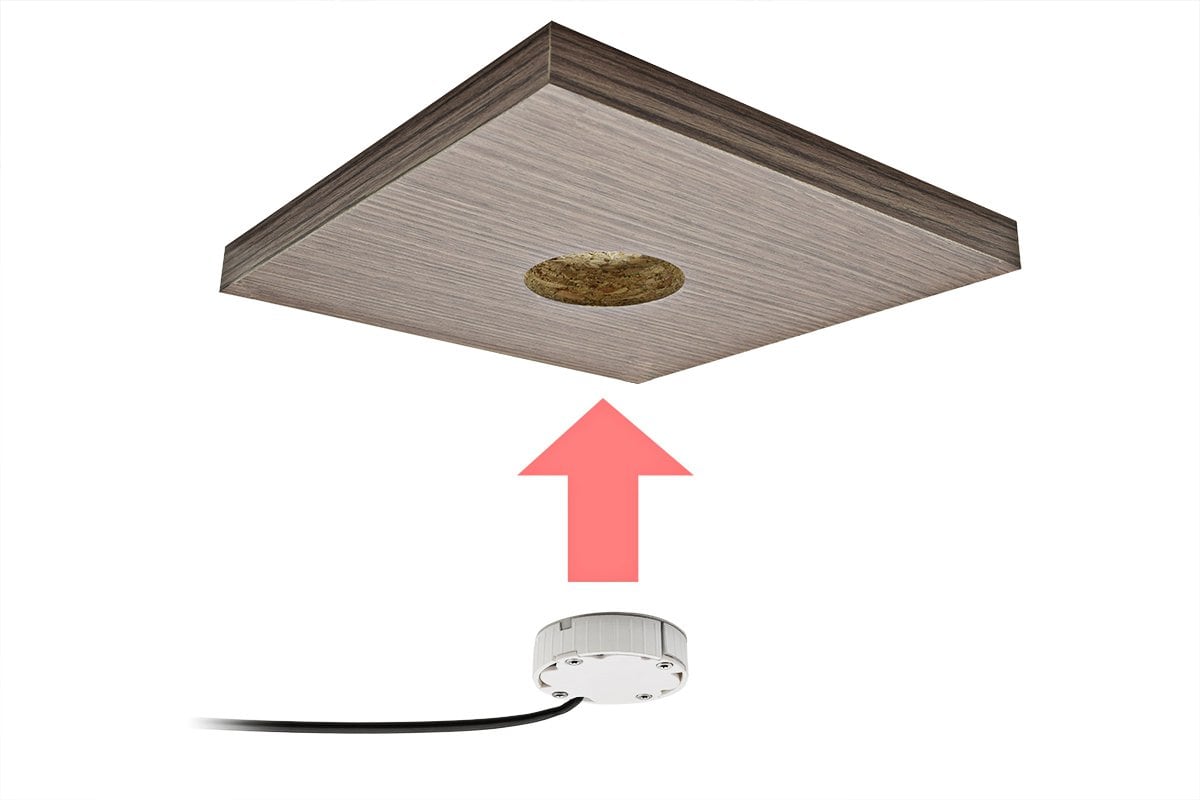 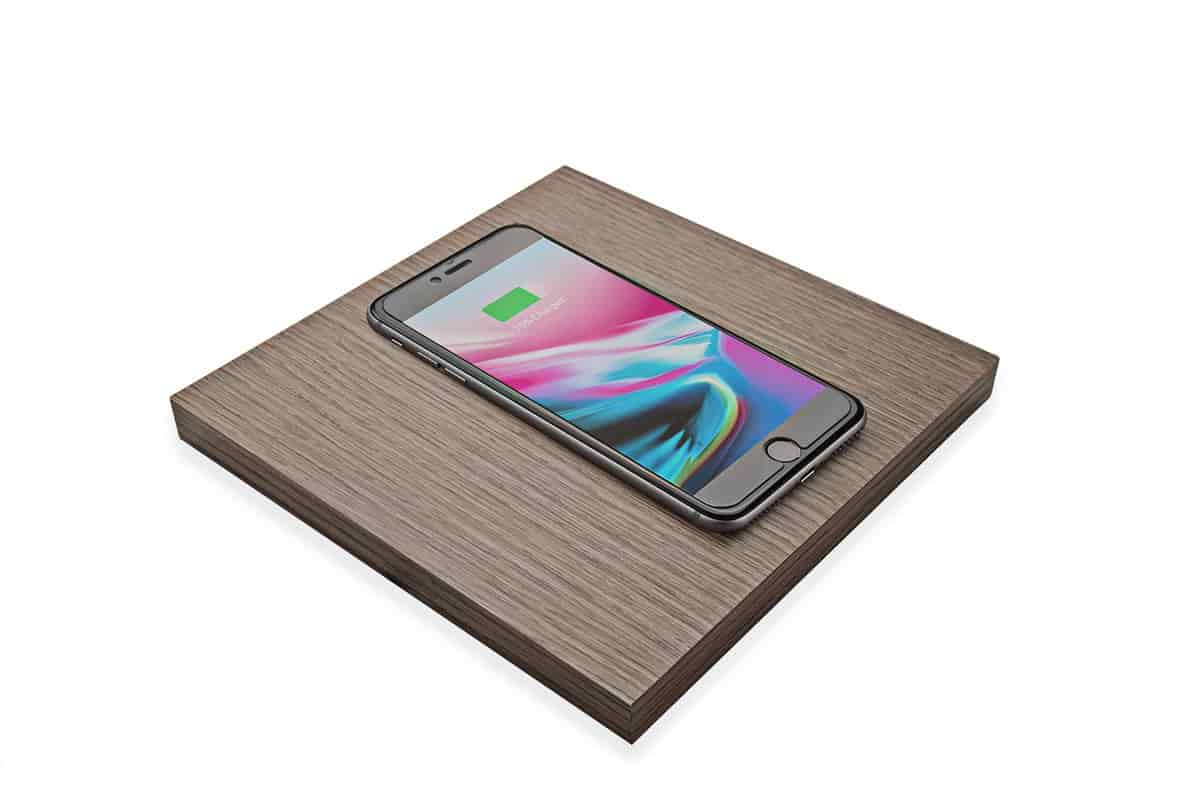 This invisible wireless charging application uses a puck hidden under the surface to create a completely seamless integration into your furniture. A tiny light shines through a pinhole that is punched through the surface so you know where it is, but it’s so subtle, this whole installation is practically invisible!